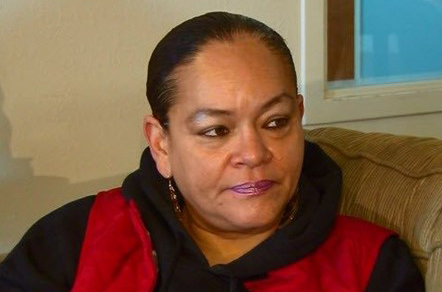 How to spot sex trafficked girls in plain sight

Nearly five thousand girls have been rescued from sex trafficking since 2003 and the FBI estimates thousands of others are still out there. The average age of these girls is just 13 years old.


EleSondra DeRomano's life has been anything but easy. After years of enduring physical and sexual abuse at home, EleSondra, known to friends as El, was forced into captivity where she was prostituted before she was even a teenager.

I was taken from Grand Rapids, Michigan, and I was trafficked in Detroit, Chicago, Atlanta," DeRomano said. "I was found at 12 1/2.

While heartbreaking, DeRomano's story isn't particularly unique. Nearly five thousand girls have been rescued from sex trafficking since 2003 and the FBI estimates thousands of others are still out there. The average age of these girls is just 13 years old.

They kept me for a year and a half until a trick saved me.

One of the John's DeRomano was forced to have sex with tipped off police, and she was rescued after 18 grueling months holed up in a hotel, held against her will.

"I couldn't walk out the door because I was trafficked out of a hotel. It wasn't an option for me. I very seldom saw out the door," DeRomano said

Many trafficking victims like DeRomano can't physically leave to get help, or their captors threaten to harm their families. That's why many times girls are rescued through tips from the community. We need people to be the eyes and the ears. Truck drivers, hairdressers and nurses are among just a few professions getting specialized training on how to spot young girls in trouble.


We call it red flags, red flags, we're looking for the flags, and then it's what can we do to help? Those red flags include a man being with a young girl seeking treatment, often speaking on her behalf. Or when a girl's story about her injuries doesn't seem to add up.

So what should you look out for if these trafficked girls are hiding in plain sight?

The first thing I would look for is the girl's eyes—are they downcasted?" DeRomano said. "When they're under pimp control, you're not supposed to look anybody in the eyes.

EleSondra knows all too well what these trafficked girls are going through. She says if you see something, don't be afraid to speak up. "No matter what. If I felt like something was going on, I'd act on it. Cuz if I'm wrong, woo hoo, I'm wrong. But if I'm right, I could be saving that girl's life," she said

For more information on human trafficking check out the Trafficking Resource Center.